Andrés Oyola was one of those truly special people whose imprint is deeply marked in the history and culture of the society and communities in which he lived. With an affable and friendly character and an inveterate bibliophile, Andrés was what we can consider a humanist sensu stricto and left behind an immense vital legacy in the form of publications, cultural projects, research and diverse experiences in different areas of local and universal culture: History, Music, Anthropology, Archaeology, Gastronomy, Mycology, Philology, Folklore and Sacred Art, to name but a few.

The son of Luis and Francisca, he was born in Castillo street of Segura de León in 1946. He saw the birth of two more brothers, Marcelino and Santiago, and began his primary studies in the National Schools in the same town. He continued his education at the San Atón Seminary in Badajoz between 1958 and 1963, when he moved to Santander to pursue higher studies at the prestigious Pontifical University of Comillas. It was there that Andrés acquired what he himself called the most important basis of his scholastic and humanistic training at the hands of the Jesuits. He 1967 graduated in Philosophy and Arts and later moved to Madrid, where he began his studies in Theology and began his teaching career at the Liceo de Madariaga.

Between 1970 and 1971, he enters and combines his compulsory military service in Obejo Nuevo and Jerez de la Frontera with theology studies at the University of Seville and returns to Madrid in 1972. He married Marisa Pérez in December 1975 and had his first son, Luis Andrés, in October 1976. In 1978 his father, a vital reference point for Andrés, died. In the same year he passed his first competitive examinations for a teaching post and obtained his first public teaching post at the «Miguel de Mañara» Secondary School in San José de la Rinconada.

In 1979 he suffered a fatal accident in Segura de León. He was run over by a driver, leaving him with some functional and mobility limitations that he would carry with him for the rest of his life. It was at this time that José María, his second son, was born in December 1979 and he prepared himself for the national competitive examinations for the Corps of Secondary School Professors, which he passed with the number one position in his class in 1980, specialising in Latin. In his choice of his first teaching post, Andrés had to choose between Ecija in Seville or Fregenal de la Sierra in Extremadura, choosing the latter and thus returning to his homeland to teach, specifically at the «Eugenio Hermoso» Secondary School. This family decision would be the key to Andrés’ dedication and research into the local history and culture of Segura de León and other nearby towns in the province of Badajoz and the north of the Sierra de Huelva.

Without neglecting his teaching duties, Andrés began motu proprio a personal journey that made him one of the most influential and necessary people in the cultural sphere of the area. Always ready to collaborate in (almost) everything he was asked to do, Andrés founded the choir «Castillo y Encinas» together with his brother-in-law Rafael Pérez in 1983, which he directed until his last days and which carried the name of Segura de León to many places in Extremadura and Spain. Only two years later, in 1985, he was appointed founding director of the «Miguel Durán» Polyphonic Choir in Cumbres Mayores, something he shared with Rafael until the last months of his life. He also directed the school choir «Nuestra Sra. de Guadalupe», which did not miss the regional Christmas carol competitions and, in fact, won prizes in some of them.

He served as Justice of the Peace in Segura de León between March 1982 and October 1987, the latter being the year in which he was appointed town crier for the Capeas, Segura de León’s party par excellence, a great honour for him. It is precisely his proclamation that forms the script of what is perhaps the first amateur audiovisual production edited about these fiestas. During these years he actively participated in the archaeological excavations carried out at the Roman site of Nertóbriga, in the municipality of Fregenal de la Sierra, and the Celtic Castrejón de Capote, in Higuera la Real.

In 1993 he published his first book, Segura de León. Monuments and History. It is a jewel, not only from a historical point of view, but also aesthetically, adorned with numerous illustrations by the segureño painter Antonio Casquete de Prado and transcribed in calligraphy by the master, also from segureño, Antonio Maya Montero.

In 1994 he was appointed Official Chronicler of the town of Segura de León, an occupation he carried out until his last days and of which he was especially proud, for all that it meant as a reward for his tireless work in local research. This appointment led him to become a member of the Royal National Association of Official Chroniclers, from which he received tribute and recognition in October 2019 for his twenty-five years of uninterrupted work and research.

During these years and those that were to come with the new century, Andrés was already actively involved in numerous activities in different cultural areas. He is a founding member of the Extremadura Federation of Choirs; of the editorial board of the magazine Saber Popular, of the Extremadura Federation of Folklore and of the jury of the «García Matos» award; of the Scientific Committee of the Congress «Benito Arias Montano and his time» and of the Exhibition of the same title; he participates as a speaker in numerous history conferences in Almendralejo, Monesterio, Fuente de Cantos, Llerena, Jerez de los Caballeros; coordinates the Sierra de Huelva Heritage Conference and the «Collective Memory of Tentudía» project; gives talks on mycology as an amateur mushroom farmer – as he describes himself – in many towns in the vicinity of Segura de León and the province; writes a large number of articles for local magazines and local festivals. He participates in several work and research groups at the Universities of Seville and Huelva and is a graduate student at the University of Extremadura.

In 2002, his mother, an indisputable pillar in his psyche, died and after more than two decades of teaching at the «Eugenio Hermoso» Secondary School in Fregenal, Andrés moved to the «Ildefonso Serrano» Secondary School in his home town, where he taught until his death. retirement in 2006. From then on, far from ceasing his passion for research, he focused on numerous projects, including his books Toros y bueyes. La tradición ganadera y taurina de la dehesa (2008), Calles y plazas de Segura de León… historia en roca viva (2012) or La Orden de Santiago y la Vicaría de Santa María de Tudía (2014) which he wrote together with the historian Manuel López Fernández.

In 2009 he obtained his doctorate from the University of Extremadura in the areas of Medicine and History of Science and Phytology with his doctoral thesis on the treatise by Francisco Arceo, a surgeon from Frexnense between the 15th and 16th centuries. This translation into Spanish will be published by the Biblioteca Montaniana of the University of Huelva: Método verdadero de curar las heridas y otros preceptos de este arte; Método de curar las fiebres (2009). In the same year he was appointed corresponding member of the Royal Academy of Extremadura.

In 2013, the Segura de León Town Council unanimously awarded him the town’s gold shield in recognition of his exemplary career in the cultural field.

His bibliography, although still incomplete, can be consulted HERE

Andrés, by all accounts a good man, a lover of nature and of his people, which in his later years he called «the placenta», with an extraordinary sensitivity to everything around him, especially to pain and weakness; a Renaissance man straddling the 20th and 21st centuries, born in a humble home in post-war Lower Extremadura; sincere, lively eyes behind horn-rimmed glasses glued to a book; a serious man of secular appearance with an affable smile and the soul of a child. 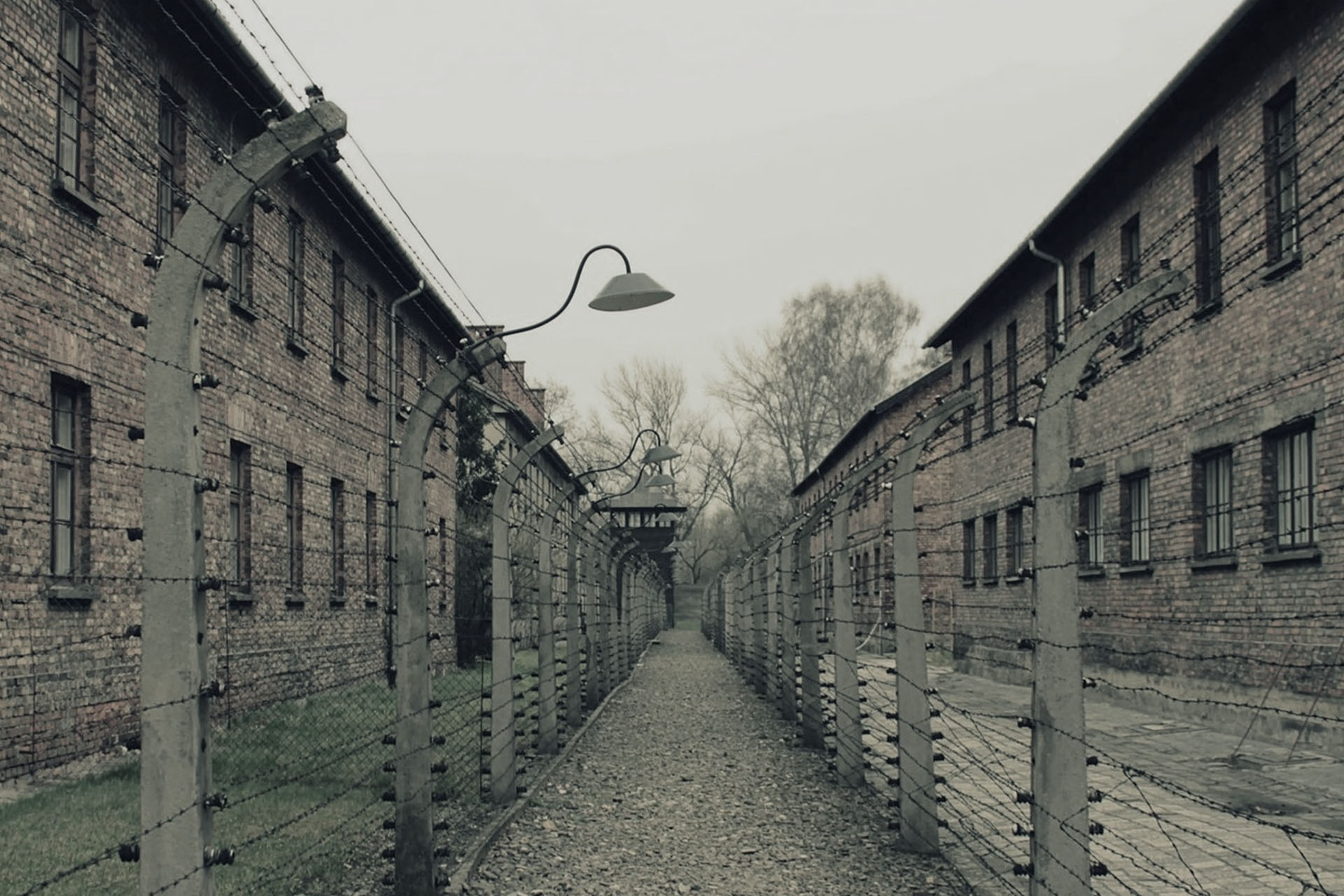